Aspen Snowmass home rentals encompass all forms of accommodation. Whether you’re looking for an Aspen lodge rental, or Aspen Snowmass ski in ski out lodging, we have you covered. 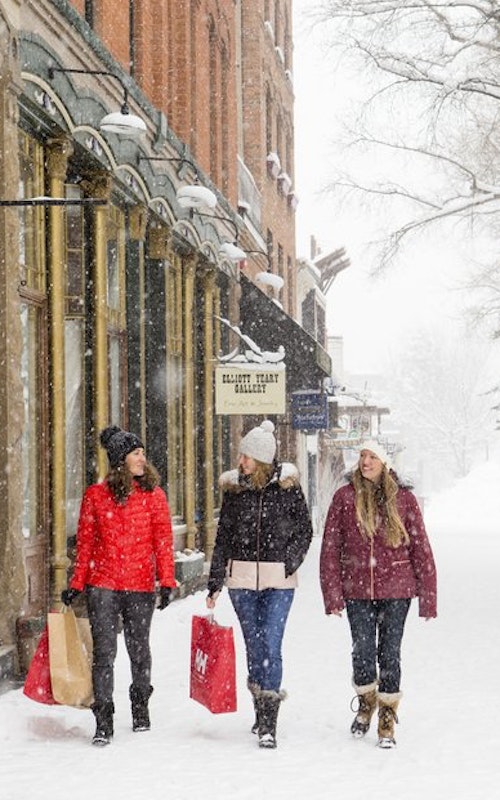 Renowned globally as one of the premier ski resorts, Aspen Snowmass is an historic, world-class destination.

Split across 4 mountains and two towns and combining Victorian-style architecture, sumptuous accommodation, outstanding skiing and vibrant apres, Aspen Snowmass has something for everyone.

Straight-forward access to Aspen Snowmass is one of its major perks, and partly explains its popularity. Aspen-Pitkin Airport is a short 10 minute drive from both Aspen and Snowmass villages and hosts non-stop flights from 10 US airports and major carriers like United, Delta and American Airlines. Of course, Colorado’s major airport, Denver International is also an option, with a drive time of roughly 4 hours.

The resort is split between the towns of Aspen and Snowmass. Sharing its name with the epinonymous tree, Aspen was founded as a mining camp during Colorado’s Silver Rush in the 1880s. After the Rush eventually busted, the town was revitalized 50 years later as a ski resort, with the Aspen Ski Company founded in 1949 by industrialist Walter Paepcke and Friedl Pfeifer, a former member of the 10th Mountain Division. The resort’s reputation began to almost immediately become known, and it played host to the FIS Alpine World Ski Championships in 1950. Not long after, Aspen started to further develop further, not just as a ski resort, but also as a cultural and intellectual institution with the development of the Aspen Institute, the Aspen Music Festival and School and the Aspen Center for Physics. By the 20th Century, Aspen had become a popular retreat for various celebrities, including Hunter S. Thompson, who ran unsuccessfully for county sheriff, and John Denver. Today, many international stars from film, music, sports and entertainment count Aspen as a destination of choice.

Things to do in Aspen Snowmass

Aspen Snowmass is a true year-round destination. During the Winter months, its varied and extensive ski terrain has a worldwide reputation, and there is always a bustling apres scene. The Summer turns into an outdoor lovers dream, with a host of activities on offer.

With four mountains to ski and board on, visitors of all abilities are well taken care of. The terrain is the perfect blend of immaculate groomers and steep runs, and the epic snow park is home to the yearly Winter X Games. Each mountain offers something a little different, and are ideal for those looking to hone their skills. Winter also presents its own special range of activities, including snowmobiling, sleigh rides, dog sledding and ice skating.

With the change in seasons comes the arrival of Spring and Summer colors. The landscape blossoms, and the temperate climate makes it a supremely comfortable place to spend time. An entire array of activities are on offer at this time of year, with hiking, mountain biking, ATVing and fly fishing all available and set against the glorious backdrop of the flower-laden trails and stunning vistas, best enjoyed at one of the many Aspen luxury vacation rentals we have on offer. 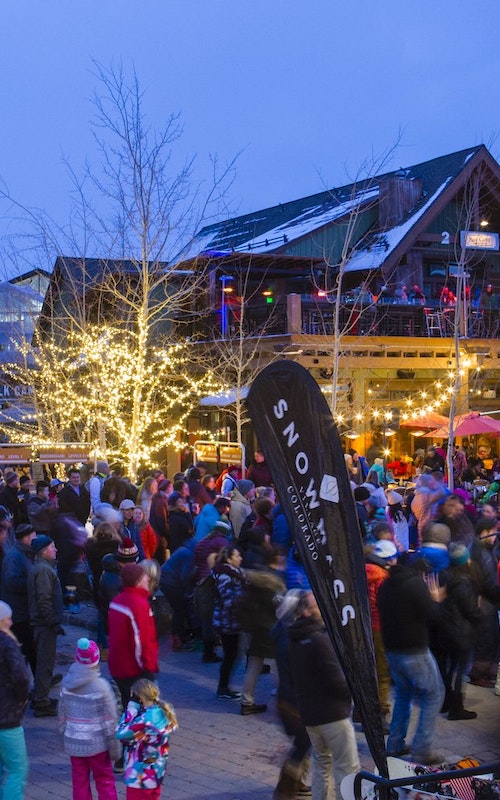 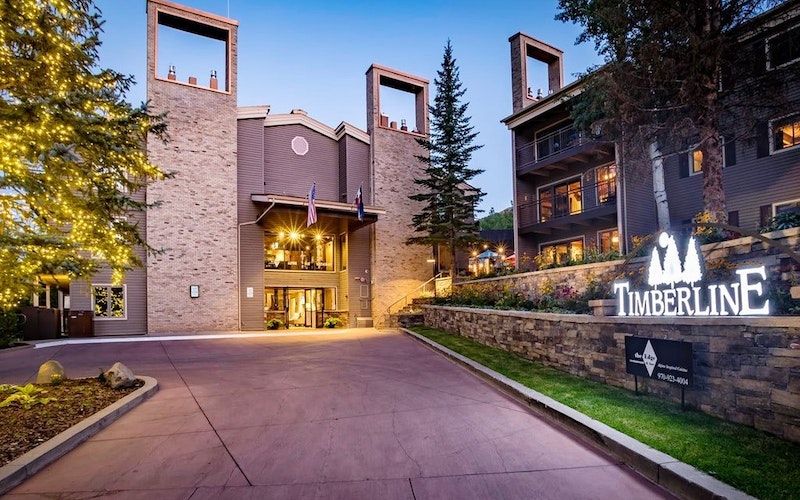 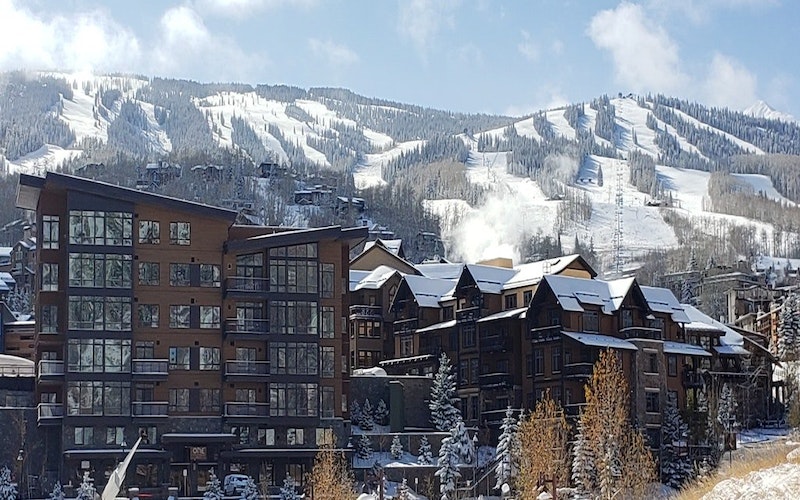 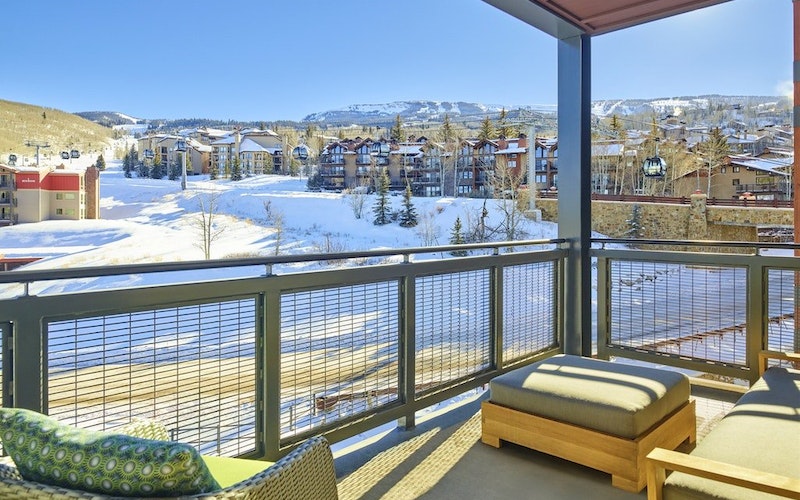 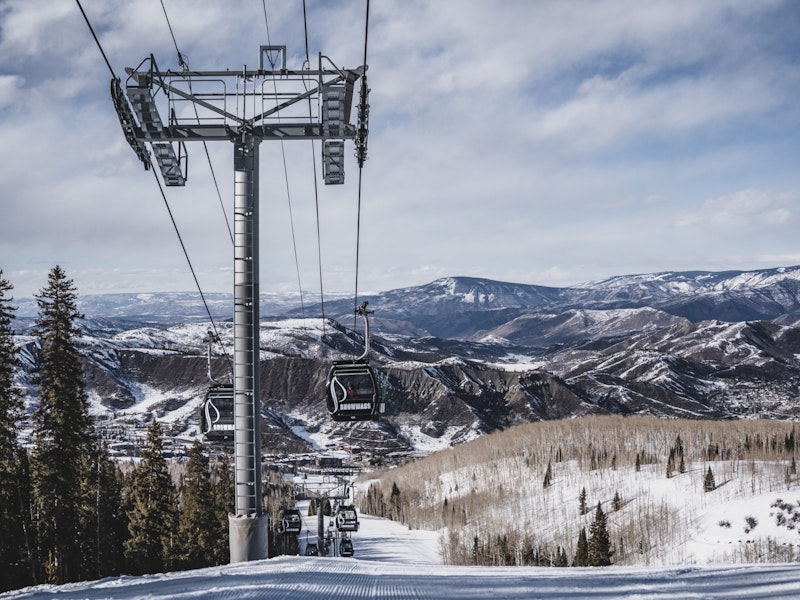 The town of Aspen seamlessly combines world-class amenities with a local, neighborhood feel. Visitors can enjoy a multitude of high-end and boutique shops, be pampered at a luxury spa, or enjoy renown cuisine at one of the many fine dining restaurants in town. The town is also home to a number of local favorites, including pubs, pizza joints and music venues. Aspen has a cultural heartbeat that rivals any cosmopolitan city, in a quintessential mountain setting. From an accommodation standpoint, Aspen luxury rentals include Aspen ski in ski out condos and lodging.

Compared to Aspen, Snowmass Village should be considered a laid-back cousin. Certainly when you arrive you’ll notice the pace of life slowing down. Setted in a gorgeous valley, Snowmass is a quintessential mountain town. The village abounds with lodging options, from chic hotels to private, ski-in/ski-out rental homes. Snowmass is also home to Snowmass Base Village and the Snowmass Village Mall, replete with shops, restaurants and bars. 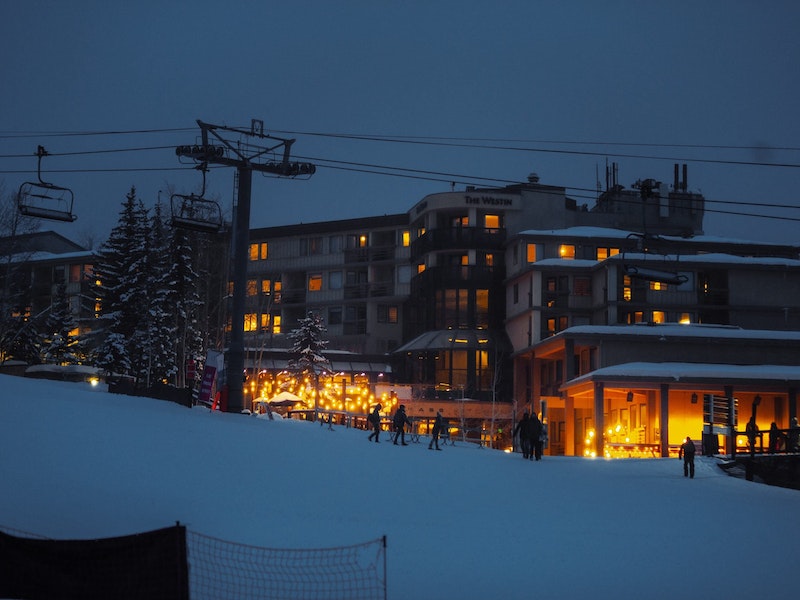 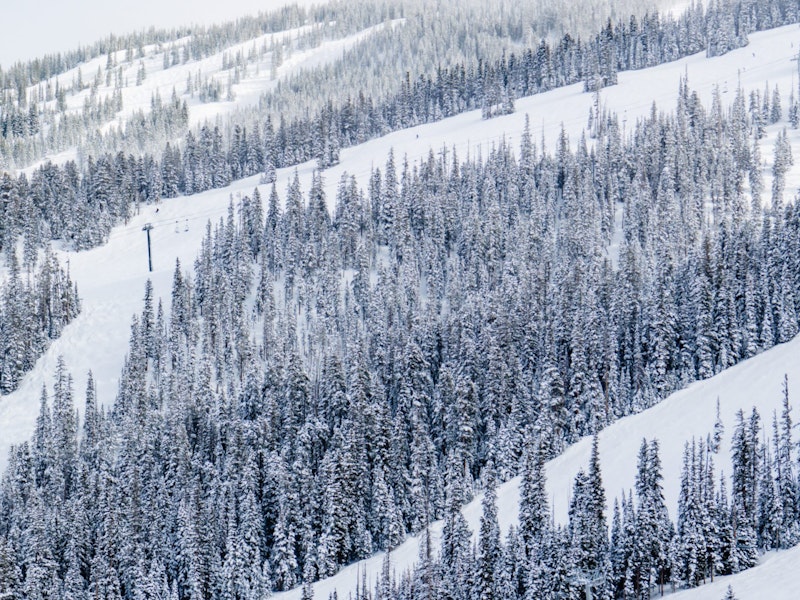 Aspen Mountain arises out of the historic town of Aspen. Featuring glade ski runs and pristine cruisers, it’s a true ski-lovers destination. The mountain is ideally suited for intermediate and expert skiers, and does not feature any green runs. Guests staying near Aspen Mountain can expect world-class skiing, combined with the culinary and cultural delights of Aspen town. For those looking for accommodation that is ski in ski out, Aspen is an ideal destination.

Comfortably the largest of the four mountains, Snowmass offers a huge range of terrain. Skiers of all abilities will enjoy the variety of Snowmass’s slopes. The mountain also provides a number of on-mountain dining options and winter activities, as well as plenty of ski-in/ski-out accommodation. 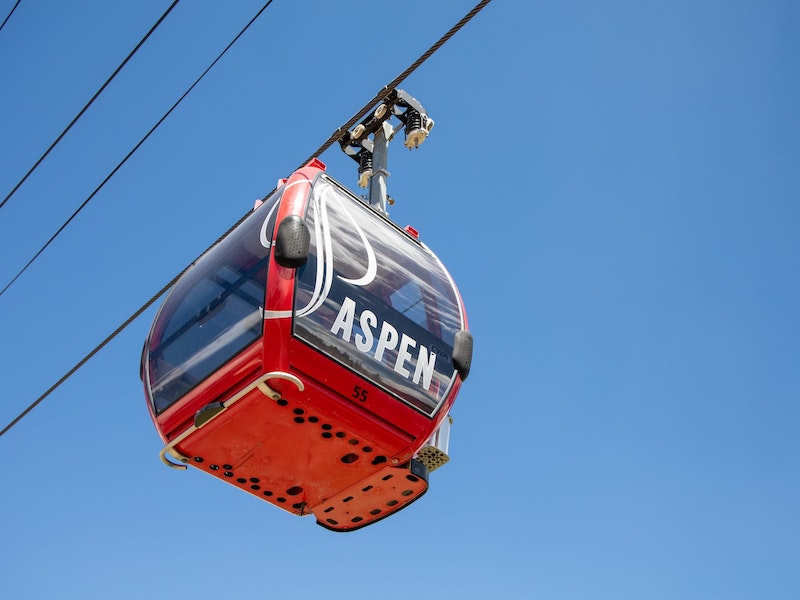 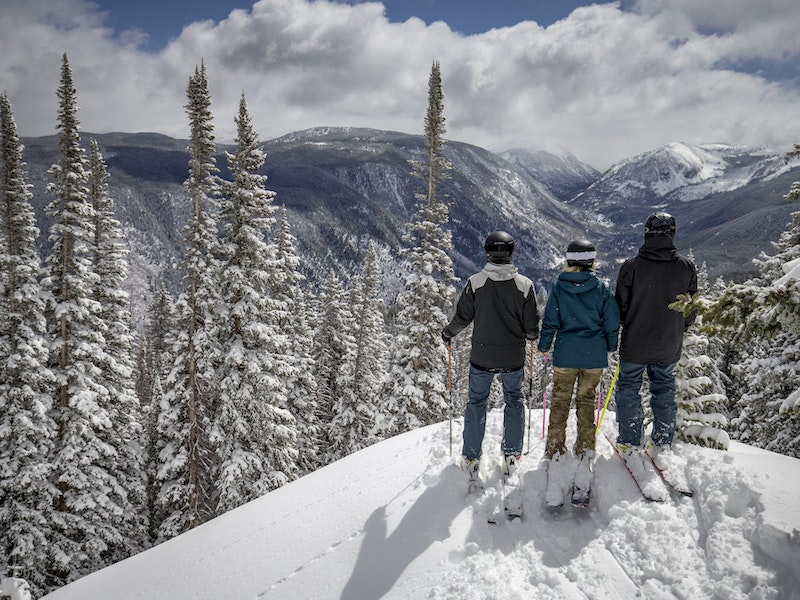 The legendary backbowl terrain at Aspen Highlands is a skier’s Mecca. Epic powder is a key feature of the Highlands, and attracts intermediate and advanced skiers from across the US and beyond. Finally, Aspen Highlands is also home to the Cloud Nine Alpine Bistro, providing sumptuous cuisine in a pristine setting.

Plenty of spacious, uncrowded runs abound, making Buttermilk an attractive proposition for any age and ability. The mountain also hosts the world-famous Winter X Games, where the planet’s finest extreme sports athletes compete every year, and is also a favorite amongst uphilling fanatics. Guests choosing to stay at Buttermilk will be treated to a more intimate, family-friendly atmosphere. 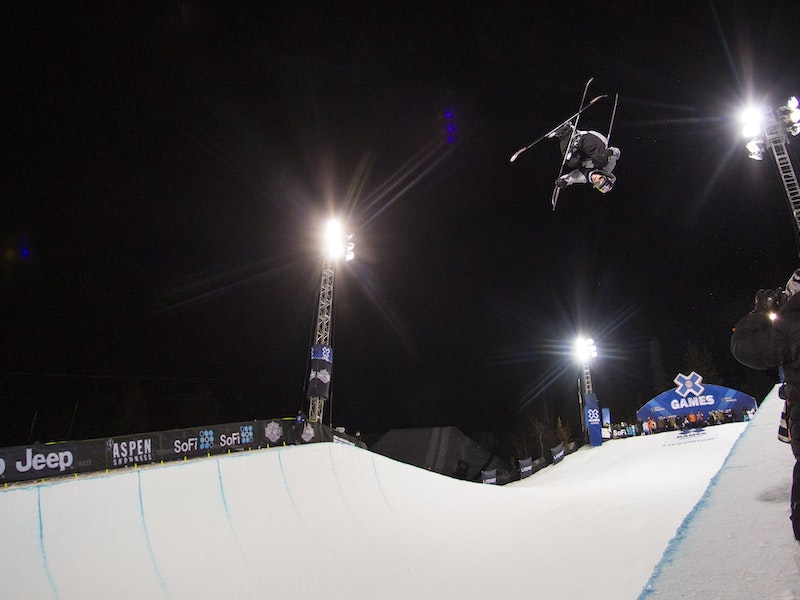 Home of the Winter X Games

The Travel Whisperer is here to take the hassle out of booking your winter vacation. We have extensive knowledge of our resorts, and will work with you to create a customized itinerary based on your wants and needs, including:

Everything about our experience with Travel Whisperer was outstanding. Mikayla, Kelly, and Lisa, our on site host, were lovely to work with, answered all of our questions and were very helpful with all reservations and made sure we had all of the details we needed.

Terrific townhome with great proximity to the slopes. Hot tub and wood burning fireplace were the off the slopes highlights. The décor is very Colorado, some incredible art and taxidermy pieces. Last but not least the accommodations offered flexibility for a group of adults who were mostly able to get their own room and bath.

Lovely visit and ideally located steps from the lift. Awesome all around.